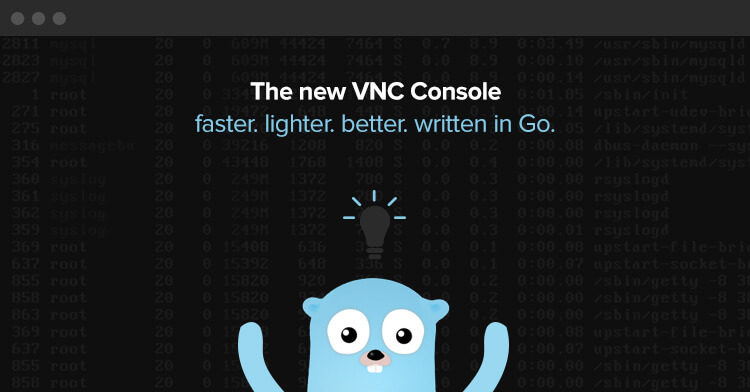 We think Go is awesome! A year ago we started looking into Go as a potential language to standardize our backend around. Since then we've been looking for every excuse to rewrite some of our services in Go.

The first publicly visible service we've rewritten is our new web console. Using Go, we were able to dramatically decrease load and connection times from seconds to milliseconds. Aside from the immediate benefits, the console is also much more reliable and scalable.

What benefits did we get from using Go?

The more services that we rewrite in Go, the more we fall in love with the language and the more we feel it complements the development of distributed systems.

Oh, by the way. If you're a software engineer that's interested in writing Go -- we are hiring.