31 Days, 4 Pull Requests, 1000s of Stories: Looking Back at Hacktoberfest 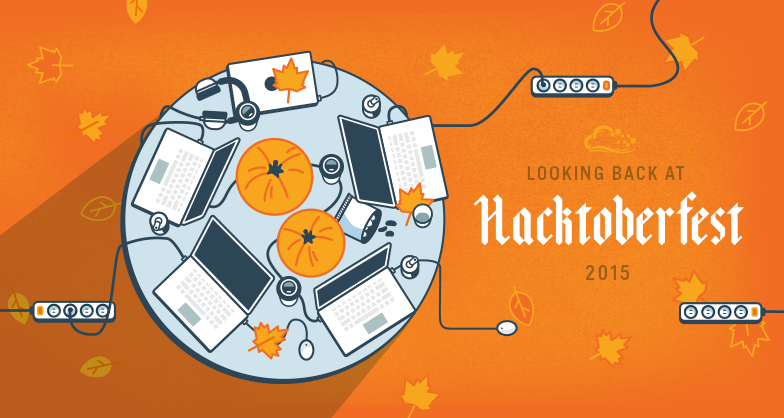 When we completed our first Hacktoberfest in 2014, we had 768 participants, and happily sent out T-shirts across the globe. We were eager to see what 2015 would bring, but we could never have expected the huge response we received this year!

This year, we partnered with GitHub to lay down the challenge: submit four pull requests on GitHub to an open source project, and we'll send you a free limited edition T-shirt.

As Hacktoberfest wound down and the numbers and stories began trickling — and then pouring — in, we were overwhelmed by the results that we saw. 14,419 people signed up. 5,708 people created four pull requests. And 1,060 went above and beyond, submitting over 10 each in the month of October.

We were blown away by the stories people shared about their Hacktoberfest experience. Here are just some of our favorite ones from around the world:

"I always wanted to contribute to open source projects, but haven't had the courage to do so. Hacktoberfest encouraged me to just start doing it, so I started by writing documentation for Ember.js - my currently favourite Javascript framework. I'm glad I did that and I feel like I'm part of a worldwide developer community."

"It was my first time using git so everything was new for me. I had a hard time figuring everything out but at the end I finally managed to become a git-pro. Most of my contributions were bug patches to existing projects and I found the layout of Github so nice that I started using Github for writing documentation about my own projects."

"This was my first time contributing to open source, despite having wanted to for ages. Thanks for giving me the final push that I needed! I created substantial documentation for two projects, and enjoyed working on one of them so much that I've reached out to the maintainer about how I can help move the project forward!"

"I always wanted to start contributing to open source but wasn't able to due to being in a company that had restrictions regarding intellectual property produced by me. I changed jobs and decided it was time to start but I had no idea where to begin! My first contribution was a small bug fix in September 31th, after reading about Hacktoberfest I had extra motivation to keep going. I closed up the month with 5 opened pull requests, three of them merged, now that I've seen first hand that contributing is not as scary as it first seemed I plan to continue contributing!"

"I recently joined an aerospace club at my school, and we used GitHub to collaborate on the code for our Arduino-controlled space balloon. My first pull request ended up flying over 100,000 feet!"

Some schools even got their students involved:

"When we found out about the Hacktoberfest opportunity we got our entire C++ programming class to participate. Not only do I assist in the high school classes, but I am also a programming student myself. In order to keep the high schoolers on track to get 4 pull requests I created repositories they felt comfortable contributing to and still felt accomplished."

"Our class was encouraged to take on Hacktoberfest. With teamwork and help from our instructors, we accomplished this task."

"Our whole C++ programming class completed the challenge of doing 4 pull requests, it was amazing [and] I can't believe we all did it!"

Hacktoberfest has been an exciting and humbling experience for us. It's exciting to see just how much it's grown, and a humbling reminder of the true size and scope of the open source ecosystem. 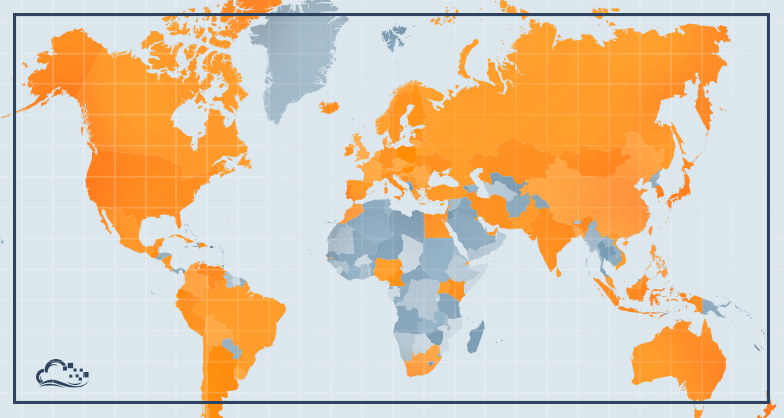 96 countries that participated in Hacktoberfest 2015

We are so grateful to everyone who joined in for Hacktoberfest this year. A big thank you to the maintainers of all featured projects — we look forward to working with you again. We can't wait to see what next year will bring!

If you would like to get involved, or if you have ideas about how to make the next Hacktoberfest even better, get in touch!