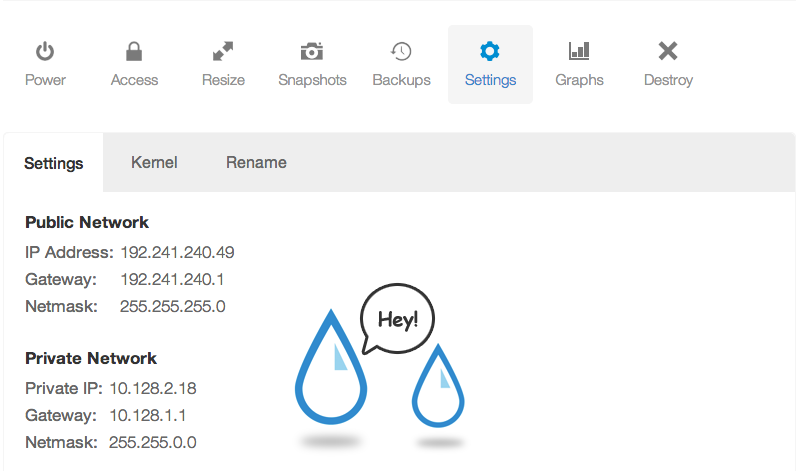 Update: As of July 2018, DigitalOcean Private Networks are now isolated within the account or team where they were created. See all the details here.

You've requested it, and now it's here! We are happy to announce that all Droplets in NYC2 are now equipped with Shared Private Networking, allowing them to communicate with other Droplets in that same datacenter. Each new Droplet spun up in NYC2 can include a second interface on a network with no public internet access that is accessible from other Droplets with the private networking interface enabled. You can enable shared private networking on your Droplet on the Droplet create screen.

Traffic sent between Droplets across the private network will not count towards the bandwidth costs and can be used for database replication, file storage, and similar host to host communication. As with our regular bandwidth and server stats, we are working on graphs to chart private networking usage.

Check out our full length tutorial on how to get your Droplets up and running with Shared Private Networking.