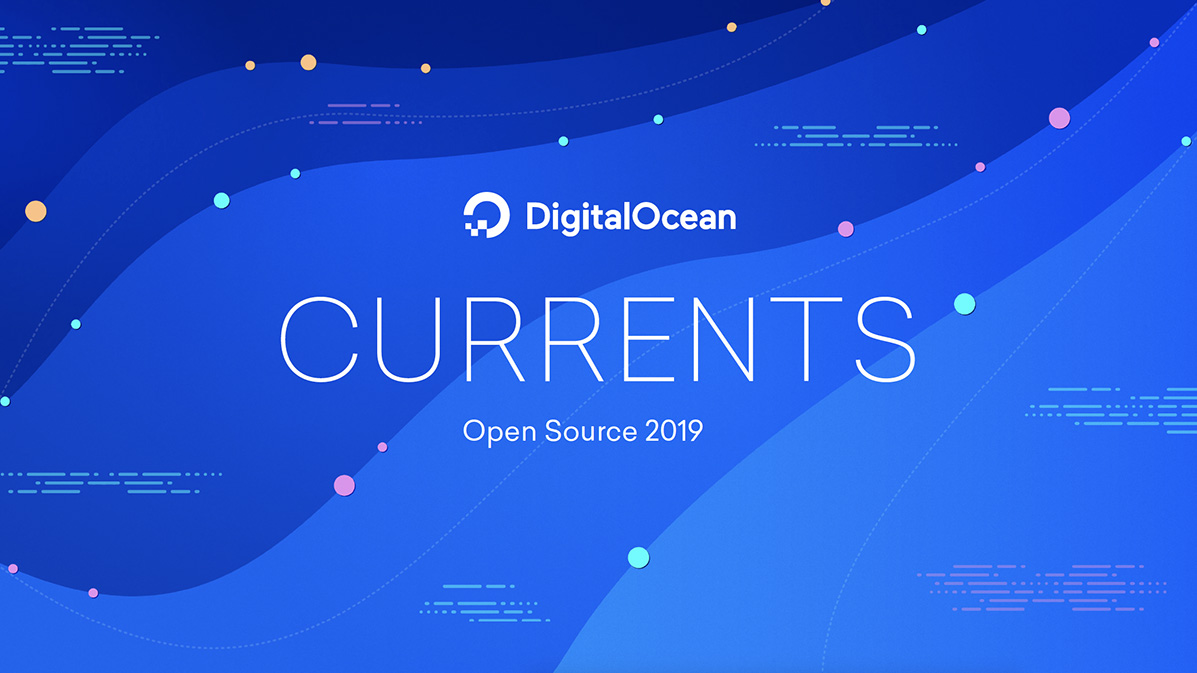 The fall is an especially exciting time of the year at DigitalOcean. In recognition of the impact the open source movement has had on software development, we make a concerted effort each October to support developers around the world. Our extended developer community gathers to generate a massive, global wave of open source software contributions. We call this phenomenon Hacktoberfest.

On the heels of Hacktoberfest's record-breaking sixth year, we thought we’d take a fresh look at how people view the current state of open source development and the future of the community.

In that spirit, this fall’s installment of our seasonal Currents report is dedicated to open source for the second year running. We surveyed more than 5800 developers around the world on the overall health and direction of the open source community. When we last checked in with the community in 2018, more than half of developers reported contributing to open source projects, and most felt the community was healthy and growing.

Of course, a lot can change in a year. So what can we expect from the next generation of open source developers? Read on for a few highlights and dig into the full report.

Most active open source participants are contributing more often than they were a year ago, but some have struggled to make time to do so 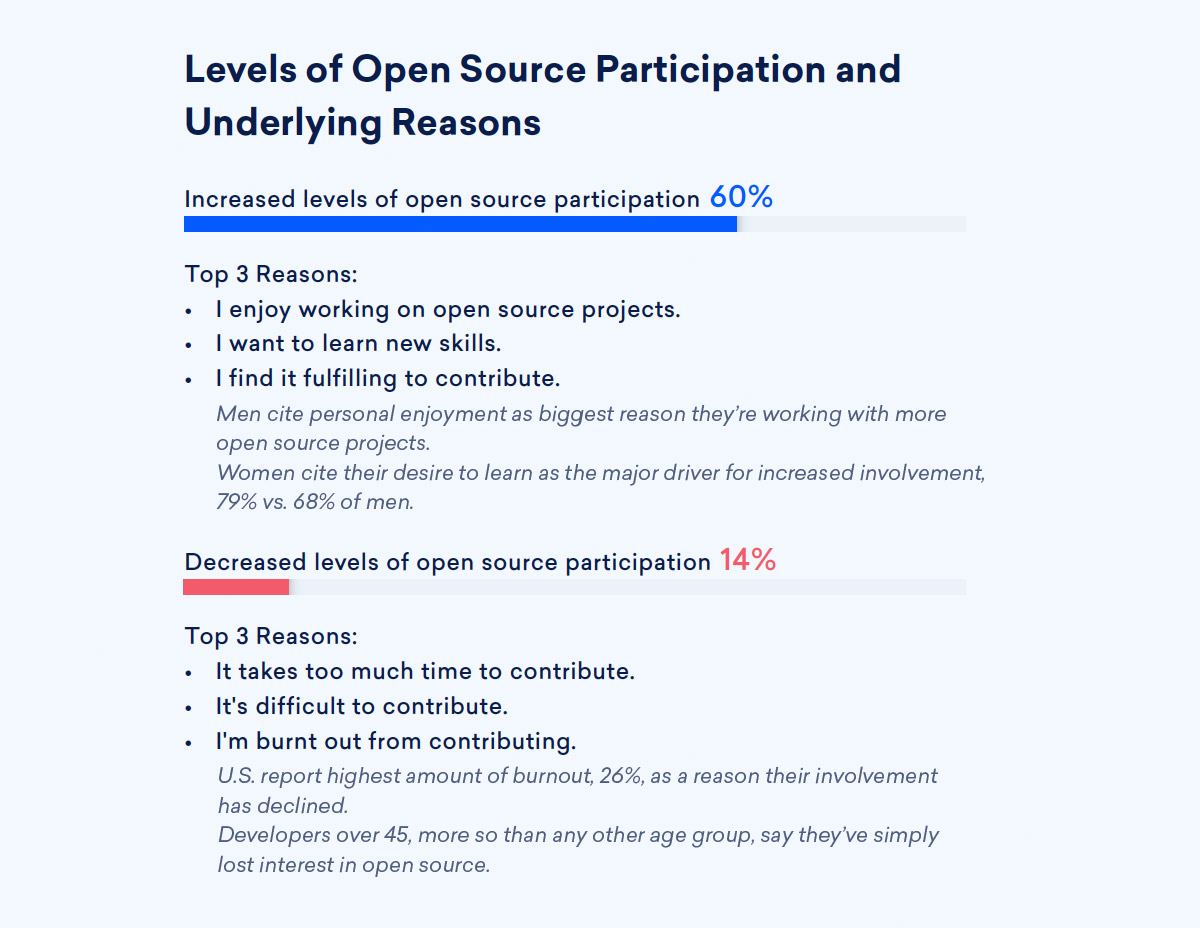 Overall participation is up from last year, with 63% of developers saying they actively contribute to open source projects compared to 55% in 2018. However, developers’ reasons for contributing vary based on demographics – while men tend to contribute simply because they enjoy it, women are more likely to cite their desire to learn new skills as a key participation driver.

By contrast, 14% of developers reported a decrease in their open source participation, with U.S.-based developers most likely to list burnout as the reason for the change. While this points to an overall lack of time and energy as a key issue, there are some developers who say they’ve simply lost interest in open source. Developers over age 45 are more likely to list lack of interest as a reason for decreased participation, signaling that much of the growth of the community may depend on future generations of developers.

The community is generally viewed as friendly and welcoming, but it depends on whom you ask

While a majority (58%) of respondents feel the community is friendly, women report feeling more barriers to entry than men. Nearly a quarter of women who contribute would participate more frequently if the community were more inclusive, and two thirds would contribute more if there were more opportunities and resources to help them get started.

One reason for this disconnect is seemingly linked to how developers value diversity and how they personally assess the current state of the open source community on diversity measures – 75% of women said diversity is of utmost importance, compared to 58% of men. Almost half (45%) of the men surveyed rated the community’s diversity as very good or excellent, compared to just a third (33%) of women.

In 2018, developers reported an even 50/50 split on whether large tech companies contribute as much to the open source community as they gain. In 2019, that split has become more complicated, with 40% of developers saying they are concerned about the level of big tech involvement, and another 25% who are unsure.

Self-serving intentions and restrictive licenses were the two biggest issues for developers concerned about big tech, while the third who are unconcerned feel the big tech players provide important resources for the community. One might fairly conjecture that developers’ opinions of big tech are also swayed by their data privacy practices and other related social/political issues that’ve been in the news.

What these findings mean to DigitalOcean

After more than 20 years of the open source movement, the community is still growing far beyond what the original leaders envisioned. As we head towards 2020 and beyond, it’s clear that the open source community will need to continue evolving to stay healthy and to empower people from all walks of life to participate in building the software that will power our future.

For our part, DigitalOcean will keep doing our part to strengthen and celebrate the community, through initiatives like Hacktoberfest and providing free educational resources to support folks at all stages of their open source journeys. If you’d like to get involved, but aren’t sure how, check out our five-part tutorial series: An Introduction to Open Source.

The future of open source is bright, and we’re excited to be a part of it.

DigitalOcean Currents highlights the latest trends among developers in the cloud.

If you would like to be among the first to receive Currents each quarter, sign up
here. You’ll also be able to share ideas on what topics we should cover and participate in our next survey.

Read more about these and other findings in the full Currents report here.